The ICC and Israel 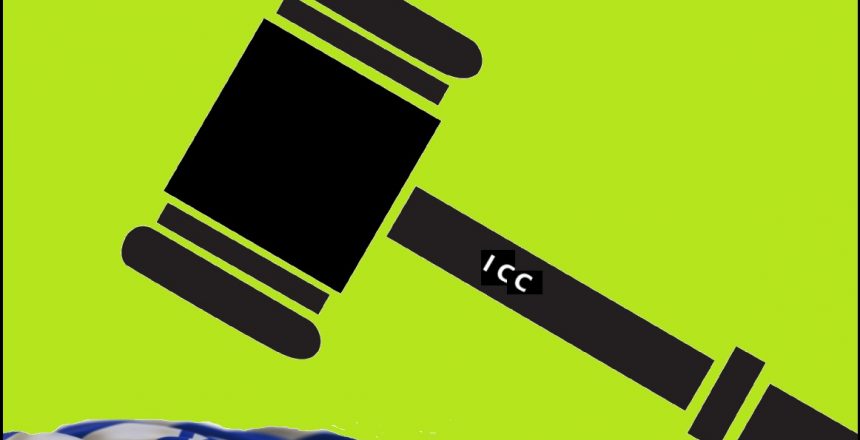 The International Criminal Court (ICC) wants to illegally extend its judicial gavel into areas beyond its jurisdiction and probe into Israeli actions in the disputed territories. Although the State of Israel is not a member of what has mutated into a politicized judicial club, the ICC is set to begin possible investigations into Israeli “war-crimes” in these areas. Israel has its own robust and honest judicial system which is well capable of investigating any crimes and prosecuting when necessary. Recent history proves that. The fact that the State of Israel is not a party to the Rome Statute, the mandate governing the International Criminal Court (for good reasons; the United States also is not a member), means the ICC has no jurisdiction whatsoever over alleged “war crimes” committed either within Israel’s territory or the disputed territories. “Palestine”, not being a recognised nation-state in the United Nations (except with observer status) means the ICC has no legal jurisdiction to make any investigation.

Despite this, in a panel of three international judges the majority (2) voted that the ICC does have jurisdiction to investigate alleged war crimes by Israel in Gaza, the West Bank and East Jerusalem. The third judge in the decision—the Chief judge, opposed this vociferously. As of the date of this writing, sovereign states which have opposed the ICC decision are Israel, USA, Canada, Germany, Austria, the Czech Republic, Hungary, Uganda, Brazil, and Australia. Will New Zealand also oppose this like the other nations mentioned?

Whereas the ICC was set up in 1998 with what were good intentions—to seek out and bring to justice real war criminals, yet in more recent times it has become a political tool in the hands of the Palestinian Authority to demonise and threaten the citizens of the Jewish State. For example, in the 2014 Gaza War (Operation Protective Edge), when the Israelis were being kidnapped, murdered, rocket-attacked, and threatened by the invasion of jihadist extremists using underground tunnels protruding out of Gaza, the Israelis had no choice but to retaliate for the defence of their own citizens. Israel did what any reasonable western democracy would do to defend its territory and reassure its citizens of the ability of its defence force to protect them. Although at the time extremely negative media coverage accused Israel of disproportionate force, the fact was that the Israelis were doing all they could to warn innocent Gazan civilians of impending attacks, so as not to target the innocent. The Israeli aim was to weed out and target the Hamas operatives who were escalating the war.

Having been forced to conduct a defensive war against the extremists, the Israelis are now threatened with investigations by a politicised and biased International Criminal Court, which could find Israeli Defence Force personnel in the firing line for simply doing their job to defend a democratic nation. This could result in the conviction of good Israelis, their imprisonment (if found outside of the borders of Israel), and the seizure of their financial assets. They will find no end to fabricated “testimony” of Palestinians who claim such crimes took place. As happened in the war of 2014, the extremists will distort photographic imagery to “prove” their point.

Another concern for Israel is that “settlers” who are fulfilling their national and historic right to build a life on the land of their ancestors in Judea and Samaria (West Bank) will also find themselves in the firing line of the International Criminal Court. The ICC may call the relocation of Israelis, who by their own choice decide to live on this ancestral land, a “war crime”. They may accuse Israel as an “occupying power” of transferring its citizens into land the Palestinians claim as their own. You can imagine how this could get out of hand. Why isn’t the ICC investigating real war crimes taking place in Iran, Syria, Turkey, Yemen, and other places?

President Mahmoud Abbas, as leader of the Palestinians, made their position clear in 2011 regarding Palestinian membership into international institutions:

Unfortunately, the Palestinians once again are using the ignorance of the international community; its susceptibility to swallow distorted emotive rhetoric and lies from the Arab side; and the bias that already exists in the United Nations against the Jewish state, to try and fulfil what they had pledged themselves to fulfil only through open negotiations with the Israelis—a real Palestinian state. As long as the international community continues to accommodate this diversionary tactic by the Palestinians—i.e., trying to achieve their aim by any means except negotiations with the Israelis, then the stalemate will continue. Do not be fooled by the International Criminal Court’s probe into alleged War Crimes by Israel in the Disputed Territories. This is not justice; it is Palestinian politics.

I hope Minister that my email may bring some clarity to what at times seems a murky and complicated conflict. I apologise for the length of my email but I tried to be as concise as possible. If you are able to answer the highlighted question please, I would appreciate that.

Aotearoa New Zealand is aware that the International Criminal Court (ICC) has determined it has jurisdiction in Palestine, including the territories occupied by Israel since 1967.

There has been no change in the New Zealand Government’s position on the question of Palestinian statehood.  Aotearoa New Zealand will continue to pursue and principled and balanced approach to the Middle East Peace Process, including support for the two state solution. Successive New Zealand Governments have deployed peacekeepers to Israel’s borders since 1954 and we are steadfast in our support for a two-state solution to the Israeli-Palestinian conflict.