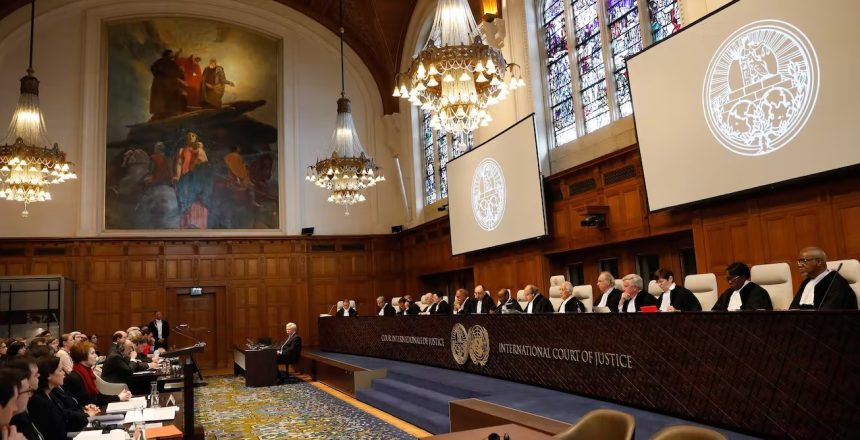 At this time every year a round of anti-Israel resolutions is passed through the institution of the United Nations. Spurred on by the huge bloc from the Organization of Islamic Cooperation (OIC) the resolutions single out Israel for condemnation and manipulation through what can be called lawfare. When New Zealand sponsored UNSC Res. 2334 at the end of 2016, Danny Danon, then Israeli ambassador to the UN

said, “At that point I felt like I was alone against the entire world.” The Word English Bible translates the words of Balaam in Numbers 23:9 as such regarding Israel, very much like those words spoken by the Israeli ambassador in 2016:  “Behold, it is a people that dwells alone, and shall not be reckoned among the nations.”

Our nation, sadly, most often sides with these resolutions. We have an opportunity to write to the Minister of Foreign Affairs to voice our disapproval of this continued course of action which marks us out as what Jesus called a goat nation (Matthew 25). If you are writing savvy, you may want to read the rest of this post and think about sending a message to Nanaia Mahuta.

On Friday, November 4th, Cuba and Namibia on behalf of the Palestinians, submitted several draft resolutions, including a resolution on the “Israeli practices affecting the human rights of the Palestinian people in the OPT including East Jerusalem”, to the Fourth Committee of the General Assembly.

As a result, this draft resolution includes many problematic elements, including using the Islamic term “al-Haram al-Sharif” when referring to the Holy Sites in Jerusalem, while deliberately omitting the Jewish  term “Temple Mount”. This is a blatant attempt to erase the connection between the Jewish people and Jerusalem.

In addition to this, a new paragraph was inserted into this resolution, which includes a referral to the International Court of Justice (ICJ) asking for an advisory opinion on the Israeli-Palestinian conflict. In the coming weeks, a new government will take office in Israel. Israel perceives the Palestinian referral to the ICJ as a defiant and one sided step by the Palestinians, which will be hugely counterproductive. This counterproductive one sided Palestinian step undermines the core principles of the political process, which serves as the normative framework for the settlement of the Israeli Palestinian conflict, according to which the status of the territory will be subject to negotiations between the two sides.

A solution to the Israeli-Palestinian conflict is only possible through direct bilateral negotiations, but instead of negotiations, the Palestinians have once again tried to circumvent this by a one sided solution through multilateral institutions. This resolution will play into the hands of extremists and the BDS movement, will inevitably harden the positions of both sides, may cause a rapid deterioration on the ground in a very sensitive time, might trigger a dynamic of unilateral steps and necessitate counter-measures.

The referral to the ICJ will make it very difficult to continue the positive steps (economic and others) that Israel has taken in the past year, vis a vis the Palestinians. It will not allow confidence-building measures, seriously damage the prospects of returning to the negotiation table and push back the possibility of reaching an agreed solution to the conflict. The Palestinian move may also negatively affect the ICJ, dragging it into such a politicized and contentious issue.

This resolution was adopted in the Forth Committee on November 11th by a majority of 98, with 17 stated vote against it and 52 abstaining. In light of the addition of this new operative paragraph (below), Israel considers the vote on this resolution as fundamentally different from votes on other resolutions of the anti-Israel package in the UNGA. The voting on the resolution in the UN General Assembly will take place in the last week of December. Israel is asking each country to view this with the same gravity and vote against this far-reaching and damaging resolution.

The text of the new paragraph:
“Decides, in accordance with Article 96 of the Charter of the United Nations, to request the International Court of Justice, pursuant to Article 65 of the Statute of the Court, to render an advisory opinion, on the following questions, considering the rules and principles of international law, including the Charter of the United Nations, international humanitarian law, international human rights law, relevant Security Council, General Assembly and Human Rights Council resolutions, and the advisory opinion of the International Court of Justice of 9 July 2004:

(a) What are the legal consequences arising from Israel’s ongoing violation of the right of the Palestinian people to self-determination, its prolonged occupation, settlement and annexation of the Palestinian Territory occupied since 1967, including measures aimed at altering the demographic composition, character and status of the Holy City of Jerusalem, and from its adoption of related discriminatory legislation and measures?

(b) How do Israel’s policies and practices referred to in paragraph (a) affect the legal status of the occupation and what are the legal consequences that arise for all States and the United Nations from this status?

To provide you a sample email my one is below. Please do not copy and paste but write in your own words:

It is the time of year when the usual annual package of anti-Israel resolutions is presented before the United Nations. In a campaign to discriminate against the State of Israel, the Jewish State faces a barrage of one-sided resolutions backed and driven by a block of nations that are either hostile toward Israel, or they are undemocratic and authoritarian regimes. No other UN member state faces such a barrage of opposition like this.

Unfortunately, New Zealand, unlike its closest western allies, votes alongside these undemocratic nations in condemning Israel at the cost of justice and fairness. In the latest addition to these resolutions, the UN is being invoked upon to ask the International Court of Justice to give its advisory opinion regarding Israeli actions in the disputed territories. Part of the added clause reads:

“What are the legal consequences arising from Israel’s ongoing violation of the right of the Palestinian people to self-determination, its prolonged occupation, settlement and annexation of the Palestinian Territory occupied since 1967, including measures aimed at altering the demographic composition, character and status of the Holy City of Jerusalem, and from its adoption of related discriminatory legislation and measures?”

The assumptions in the language are:

Please let me point out Minister:

Minister Mahuta, please give thought to the concerns I am expressing, as they are not just mine but represent a much broader base. Please seriously consider initiating a change in the way our Ministry of Foreign Affairs votes on these controversial resolutions. Please vote against these one-sided and unjust resolutions. Why not vote with the United States? Even under the most moderate of the US presidents, the Americans have always stood alongside Israel because it would seem they know the history better than many.

Thank you for taking the time to read this email.

WRITE TO THE MINISTER FOR FOREIGN AFFAIRS